Volunteer in Peru with INLEX and join a team of international volunteers working in a variety of programs ranging from education, childcare, and wildlife programs. Our volunteer program is based in Cusco, making it an ideal place to explore the country’s amazing landmarks, rich Incan culture, and warm people.

You will be matched with the best project that overlaps with your interests and skills so you make the best positive during your stay.

Internships in Peru are also available in the medical field. 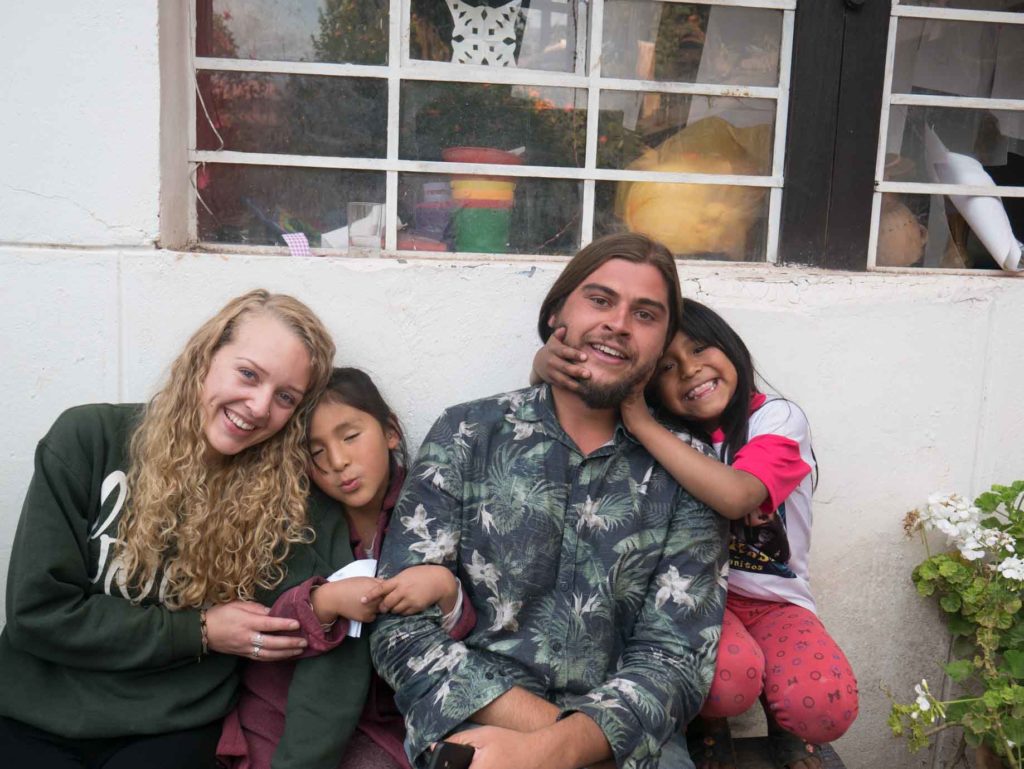 Peru is well known for its amazing mountains, unique culture, and Machu Picchu . While Peru is well established as a tourist destination, it suffers from high inequality, high levels of poverty, and lack of access to education and health care.

By becoming a volunteer in Peru you will be helping a project improve the quality of life of local people whether it be through education, health, or environmental protection and education. Our team in Cusco will support you every step way in your program with accommodation, orientation, transportation, and more.

Medical internships are also available in Cusco. Through these internships, you can gain valuable hands on experience in one of our partner clinics that specialize in treating low-income population. The treatment is available for locals for a reduced fee making the work of interns essential to run this program.

Location
Start dates
Do I need Spanish?
What is included
Accommodation/meals
Why pay?
How to get to Cusco?
Costs
About Peru
Location

The volunteer in Peru and the internship program are in the beautiful colonial city of Cusco and the surrounding area.

Pickups are available from 8 am-10:30 pm all Sundays expect the last two Sundays of the year.

Can’t make on a Sunday?

Let us know, we are flexible!

Do I need Spanish?

We don’t expect volunteers or interns to be experts in Spanish, but we expect them to be able to communicate in their projects.
If you don’t know Spanish, don’t worry! We offer intensive Spanish classes before your program.
Bear in mind that if you join an internship in Peru, you will need to communicate in Spanish most of the time.

The volunteer program in Peru includes:

Host Family: You will be provided your own private room in welcoming local host family near your project. The host family provides two meals per day.

Many volunteers are surprised to find that they have to pay a fee, but in order to make our programs sustainable, we have to charge a fee per volunteer. Many of the costs are incurred even before you leave your home country.

Included in your program are Spanish classes (if you opted for them), housing, food, orientation, walking tour, emergency support, transport from the airport, use of our facilities, etc. Your fees go into paying our kind staff, teachers, legal fees, taxes, host families, food, transportation, internet, phone bills, other utilities, maintenance, rental space, insurance, office supplies, the volunteer application process, emergency support, arranging and designing all of our programs, infrastructure, maintaining our website, making promotional material, establishing new partnerships with other organizations and much more! But most importantly, these fees go into making sure you have great experience volunteering and everything runs smoothly.

How to get to Cusco?

You can arrive at Cusco Airport (Aeropuerto Internacional Alejandro Velasco Astete -CUZ)via an international flight or a local flight within Peru. You can also arrive via bus from many destinations. Just please remember to notify us in advance of your travel plans to coordinate your pickup.

Costs vary depending on how long you want to stay, visit our costs section to choose your program length.

“Situated on the western side of that continent, facing the South Pacific Ocean and straddling part of the Andes mountain range that runs the length of South America. Peru is bordered by Ecuador and Colombia to the north, Brazil, and Bolivia to the east, and Chile to the south. Peru is a country that has a diversity and wealth not common in the world. The main attractions are their archaeological patrimony of pre-Columbian cultures and the hub of the Inca’s empire, their gastronomy, their colonial architecture (it has imposing colonial constructions) and their natural resources (a paradise for ecological tourism).

Although Peru has rich natural resources and many great places to visit, the poverty scale reaches 25.8% of the population. The rich, consisting mostly of a Hispanic (or “Criollo”) elite, live in the cities. Nevertheless, most Peruvians are great nationalists and love their country with pride (largely stemming from Peru’s history as the hub of both the Inca Empire and Spain’s South American empire). Also, many Peruvians separate the state of Peru and its government in their minds. Many of them distrust their government and police, and people are used to fighting corruption and embezzlement scandals, as in many countries.

Peruvian territory was home to ancient cultures spanning from the Norte Chico civilization in Caral (one of the oldest in the world with settlements as old as 3200 BC) to the Inca Empire, the largest state in Pre-Columbian America. The Spanish Empire conquered the region in the 16th century and established a Viceroyalty with its capital in Lima, which included most of its South American colonies. Ideas of political autonomy later spread throughout Spanish America and Peru gained its independence, which was formally proclaimed in 1821 after the occupation by military campaigns of José de San Martín and Simón Bolívar and only after the battle of Ayacucho, three years after proclamation, Peru ensured its independence. After achieving independence, the country remained in recession and kept a low military profile until an economic rise based on the extraction of raw and maritime materials struck the country, which ended shortly before the war of the Pacific. Subsequently, the country has undergone changes in government from oligarchic to democratic systems. Peru has gone through periods of political unrest and internal conflict as well as periods of stability and economic upswing.

Peru is a representative democratic republic divided into 25 regions. It is a developing country with a high Human Development Index score and a poverty level around 25.8 percent. Its main economic activities include mining, manufacturing, agriculture, and fishing.

The Peruvian population, estimated at 31.2 million in 2015, is multiethnic, including Amerindians, Europeans, Africans, and Asians. The main spoken language is Spanish, although a significant number of Peruvians speak Quechua or other native languages. This mixture of cultural traditions has resulted in a wide diversity of expressions in fields such as art, cuisine, literature, and music.” -Wikitravel

Project options at glance in Peru

Volunteer in Peru with children in Cusco. You can work in a daycare where you will be assisting local staff with cooking, elaborating educational material, playing games, teaching basic colors, letters and creating a safe environment for children from low-income communities.

Teach English in Peru or teach other subjects like math, science, music and more. Be a teacher or assistant teacher in a school or after school programs in Cusco.

Work in a wildlife rescue center in Peru, where seized animals await rehabilitation and care.

This program is designed to make the most out of education tailored to individuals with special needs. Volunteers in this program will be assisting and helping educate people with various mental and physical disabilities.

Pre-med volunteering is perfect for people who are in pre-med stages or are thinking of majoring in medicine or a related field. As opposed to the medical intern program, volunteers in health support schools, elderly homes, chronic pain clinics, and programs for individuals with disabilities.

Work in clinics under the guidance of head nurses and administrative staff .

Work in our partner clinics in Peru where you will be assisting doctors and nurses provide crucial care to the community. 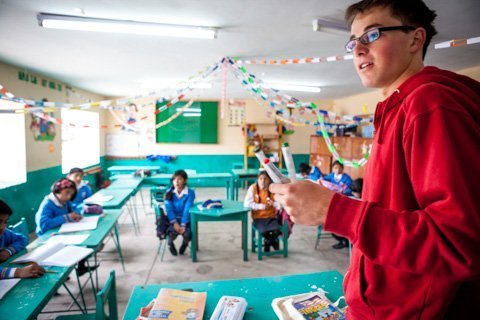 Why choose INLEX in Peru?

I absolutely loved Cusco and working with the children at the hogar. The people were really friendly and helpful.It was the perfect way to spend a few weeks of my summer.